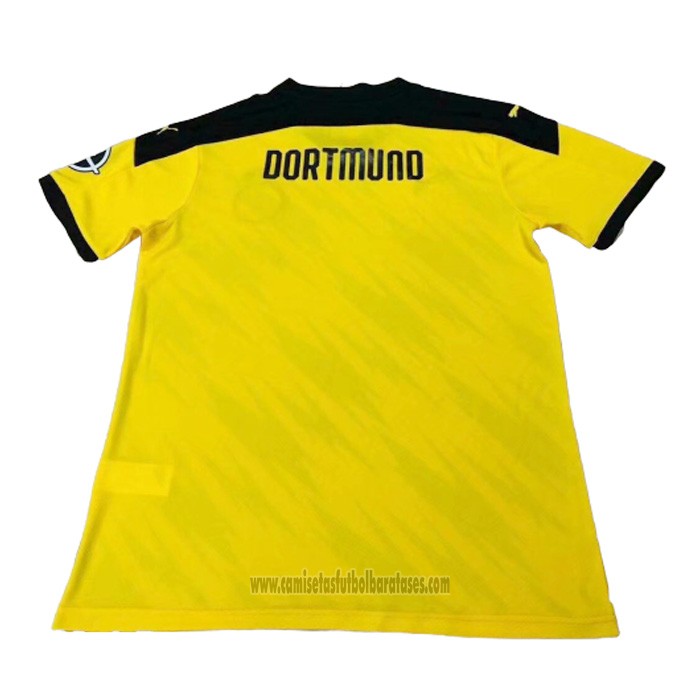 Conceded by Axel Witsel. Conceded by Roman Bürki. Ludwig Augustinsson SV Werder Bremen right footed shot from the left side of the box is saved in the bottom right corner.

Assisted by Marco Reus with a cross. Giovanni Reyna Borussia Dortmund right footed shot from outside the box is too high. Assisted by Jadon Sancho following a corner.

Assisted by Maximilian Eggestein. Dortmund 1. Giovanni Reyna Borussia Dortmund right footed shot from outside the box is saved in the centre of the goal.

DMQ Madrid. DMQ Sevilla. DMQ Valencia. DMQ Valladolid. DMQ Vigo. DMQ Zaragoza. DMQ Premios DEX. DMQ Radio. DMQ Turismo Andaluz. REYNA FIRES OVER A corner hit low to the edge of the box is hit by Reyna, but on the bounce it's a tough one for him to control and it flies over the bar.

BRILLIANT BREMEN! A fantastic team goal from the home side gets them level. Bremen looked for patience on the ball and provided it. Sargent is onto Akanji's poor touch and Bremen build from the right.

Eggestein lays it off to Möhwald on the edge and he smashes a low shot past Bürki. Kevin Möhwald GOAL!

The value is based on large amounts of data from previous years; factors such as shot angle, distance to goal and opponent pressure - as well as mathematical models.

BREMEN LOOKING FOR THE BALL The home side have struggled to keep possession for long periods since Dortmund's opener.

The away side are pressing high across the pitch and leaving little room for a second thought for the Bremen players. DIRECT APPROACH Dortmund far less concerned in keeping possession and far more concerned in interplay through midfield and fast build-up play.

MOUKOKO GETTING INVOLVED. EARLY ATTACK MODE FOR BVB. Goal attempts 1 off target. GIO HAS A GO Dortmund break quickly through the middle with Reus, who finds Reyna to his left.

He has Sancho, Moukoko and Reus all in support but takes a shot himself. It's a tame one which Pavlenka holds onto with ease.

DORTMUND DIRECT The visitors have been far more direct in getting the ball forward here than in recent weeks. Possession appears less key, while getting the likes of Sancho, Reyna and Reus on the ball appears to be the order of the day.

DORTMUND AHEAD! The perfect start for Dortmund under Edin Terzic. Reyna keeps a cross alive at the back post before finding Sancho in the middle.

His first-time shot is blocked but Guerreiro gets on the rebound in front of goal to dink the ball over Pavlenka for the lead. EVEN START Bremen holding their own so far and getting forward, too, earning the first corner of the game.